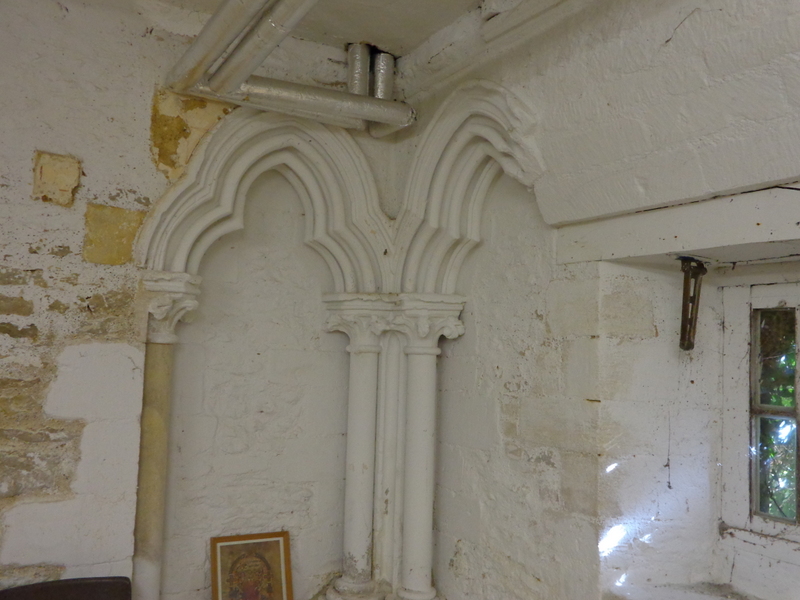 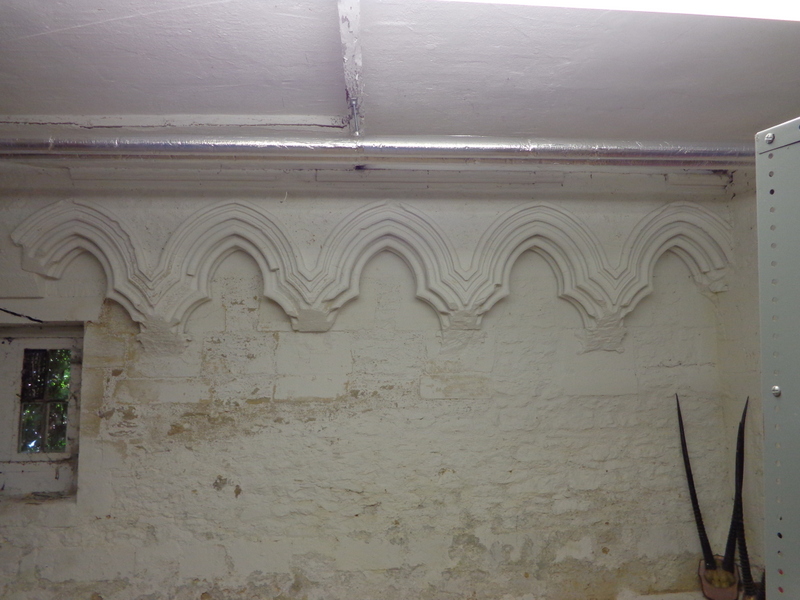 Forming the main eastern portion of the basement of the house, shown below, is a large rectangular building, 68 ft. by 23 ft ( internal measurements ) running east west, which has been cut into various sized rooms.

It dates from the middle of the 13th century and obviously was a part of the monastic buildings. It is divided into six bays by buttresses, and around its internal walls are trefoiled arches with moulded foliated capitals and moulded bases, now badly mutilated, shown above. The west wall of the building is thicker than the other walls and is possibly of the 12th century.

There were doorways on each side of the second bay, from the west; the north belongs to the time of the building of the house, and the south, now blocked, is 13th century. The original windows were above the surviving part of the building, the remains of one can still be seen in the modern corridor.

There is a manuscript description now in the British Museum which seems to refer to the refectory (or Lady Chapel), it says —

” It was a * * * * * plane of three squares above, (i.e. three times as long as wide) 24 yards by 8. The walls have been raised a little, a building added in the north side towards the west, and a tower on the same side towards the east, and stairs and bow window to the south.” ( Ref 7 )