From the tenth century, Broughton was the head of the barony of the Abbots of Ramsey and an early church was recorded on this site in the Domesday book of 1086. There is nothing left of that church and only a plinth and a small portion of wall below the chancel arch remains of a 12th century church.

The present church was probably built in the latter half of the 13th century, building continuing into the 14th century. During the 16th century the tower was rebuilt and the clerestory added. In 1845 the north vestry was added and the chancel roof renewed. In 1888-9 the nave was restored and reseated.

The north and south doorways, together with the south aisle and porch, are of the 14th century, and the flat nave roof, decorated with carved angels holding musical instruments, is probably late 14th century. There is a 15th century entrance above the pulpit, which led to via stairs to the rood loft.

Above the chancel arch is a 15th century painting of the Doom or Last Judgement – and on the east end of the south wall is a painting of Adam and Eve inside the garden of Eden, below which is another picture after they had been expelled, showing Adam digging and Eve spinning. These pictures were cleaned and restored in the 1980’s.

During 1999 and 2000, money has been raised to pay for a stained glass window, depicting St Christopher carrying the Christ Child, to be installed to mark the new millinnium. 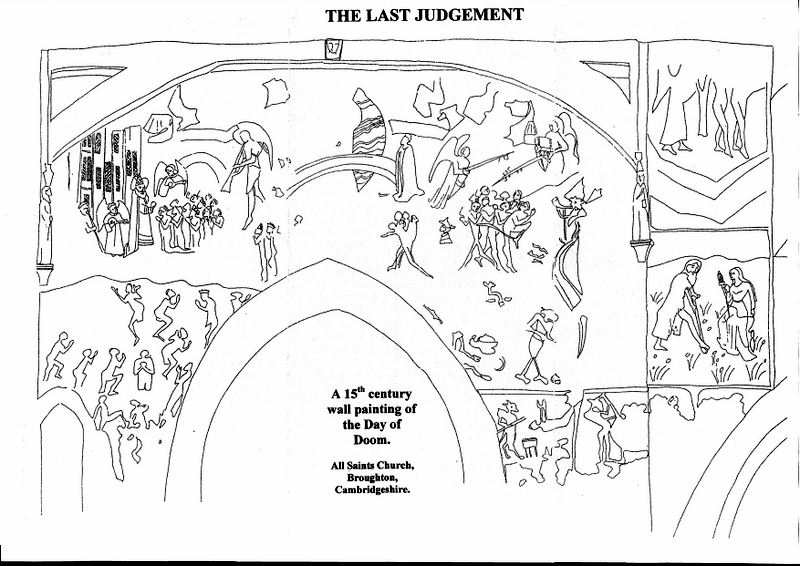 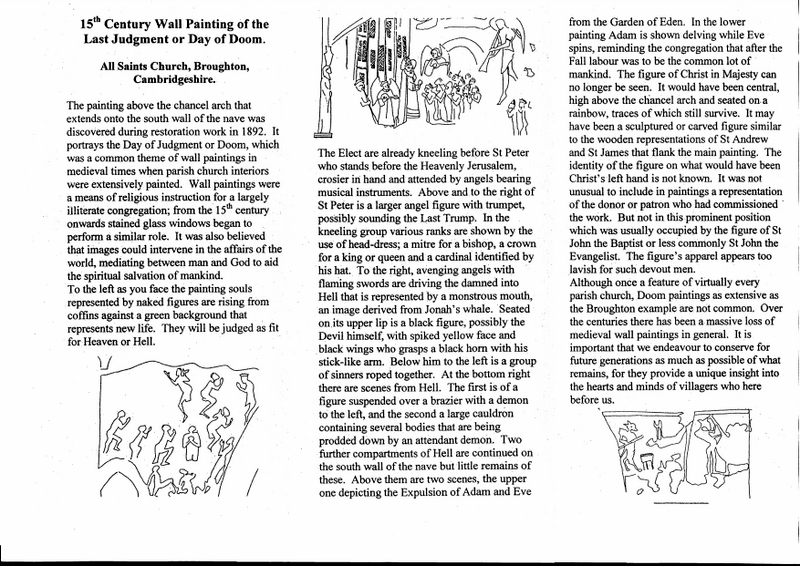