Todays Quarry, now known as ‘Hills and Holes’, is only a small portion of the original one and there is some evidence that the Romans were first to quarry here.

More than one kind of stone was quarried, but the main one was ‘Barnack Rag’ being both hard and durable it was ideal for abbey building material. The stone was not easily dressed and could only be sawn with the use of sand.

Some of the blocks were so large the they needed eight pairs of oxen to move them on sledges before being loaded onto flat-bottomed barges on the Welland River near Pilsgate Hill. They were taken inland by various waterways to build the great abbeys of Ramsey, Ely and Sawtry amongst others. The quarry was practically exhausted by the end of the 16th Century and by the 18th Century the stone was only used for inferior purposes such as resurfacing the Great North Road.

Covering an area of just 22 hectares (50 acres), the grassy slopes of Barnack’s Hills and Holes are home to over 250 kinds of wild plants. Few areas of grassland in Eastern England contain such a profusion of wild flowers. The site was designated as a National Nature Reserve in 1977 to help protect its unique wildlife. (Ref 11) 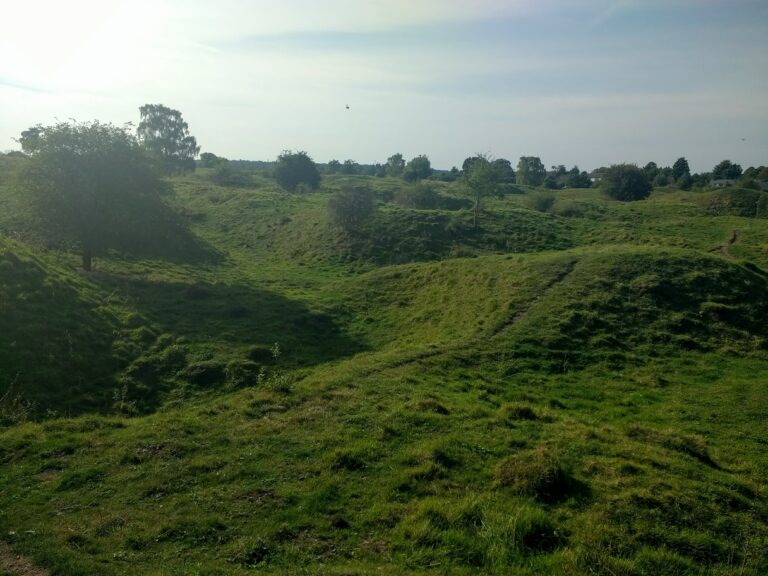