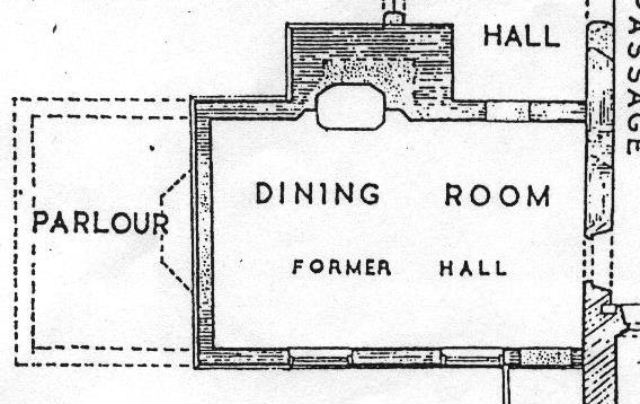 The dining room has a stone flagged floor uncovered by Col. Warde and in the north wall is a fireplace of which only the western jamb is original. He also removed an internal partition which in the 19th century divided the room into two parts and has exposed the timbered ceiling and its massive beams. Also at the eastern end of the room there was a circular opening in the floor of an unknown depth, which was thought by some, to be an opening for shooting rubbish, others believed it to have been the entrance to the cellars, which are supposed to exist under the building. A less likely suggestion was that it was the entrance to a subterranean passage leading to the Abbey!