The Abbot of Ramsey was one of the four Mitred Abbots in the district of the Fens. As such he was entitled to a seat in the House of Lords. The Honour of Broughton was the head or seat of the Abbots Barony and Courts, which stood along a road formerly leading to Wistow but now is cut.

The general courts of the Barony were held every three weeks and the two great courts (magnae curiae) were held after Easter and Michaelmas before the abbot or his steward. In the early 13th century there were about 114 suitors composed of knights and larger freeholders who were summoned to attend by the ‘ridermen’. The site was in a field just beyond the village and is marked by an extensive range of banks and mounds showing where the encircling moat once was. The inner enclosure is a quadrangle averaging 300ft by 200ft enclosed by a wide and deep moat; it stands on the East side of a larger enclosure, roughly 950ft by an average of 800ft. 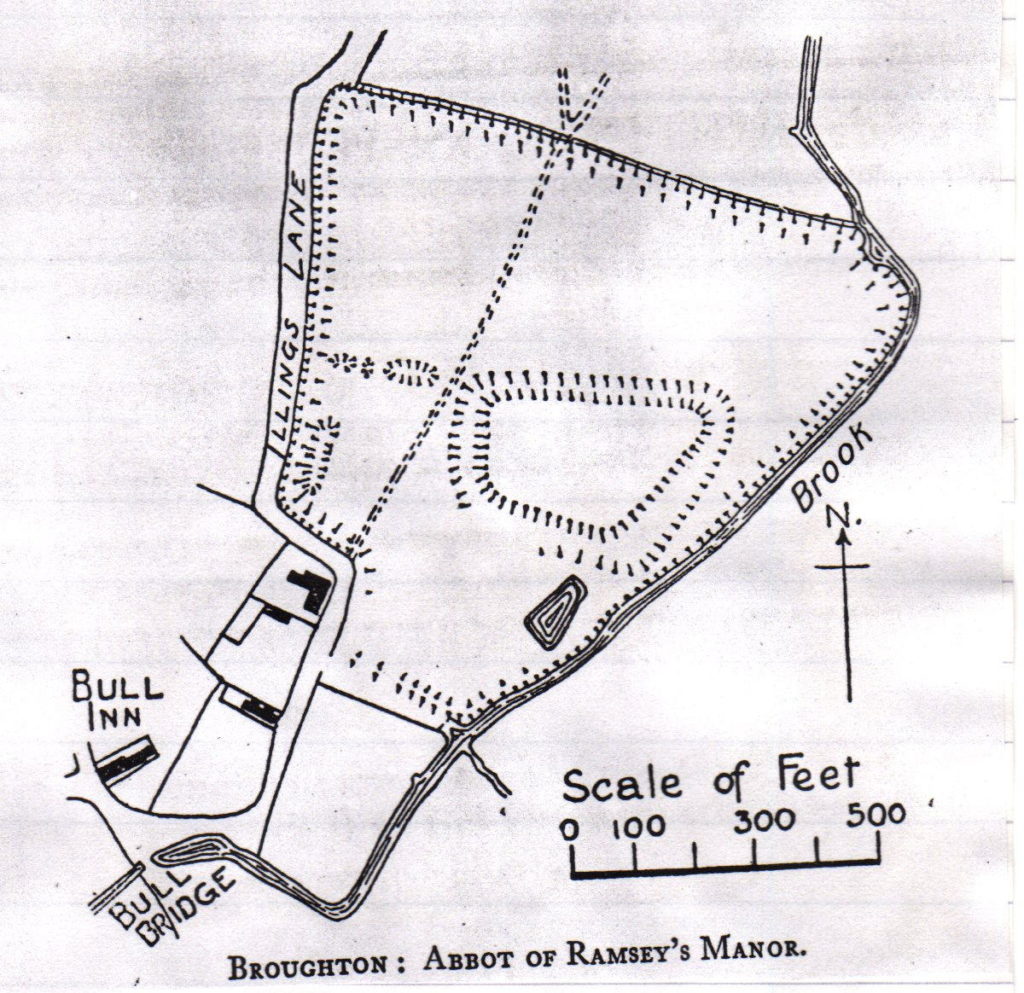 This larger enclosure is surrounded by a bank and a ditch, except on the East side where a brook takes the place of the ditch; on the West the ditch is now occupied by a roadway. There are several large depressions in the larger enclosure. If you would like to see the exact place on a map follow this link.

The details from the lease of the manor in 1535 to John Warboys or Lawrence gave this picture of it:

Adjoining the stream to the north-east of the village is a moated enclosure called The Moat in which are the remains of the foundations of the Hall where the courts of the Barony of Broughton were held. The manor, with the hall, was frequently in lease, the lessee having to bear all the costs of the Abbot’s steward with six or seven men and their horses attending once a year to hold the court leet.

The Abbot, on the other hand, maintained all the buildings within the moat but the lessee was to provide board and lodge for the carpenters and labourers.