The lectern below, according to Black, is probably the oldest double lectern in the country, about 1450. It had, until earlier this century, the original chain and the great Bible (the cover of which had the Tudor rose stamped on both clasps and bosses) with a brass-bound and chained copy (according to Kelly’s Directory) of Dean Comber on the Book of Common Prayer and a black-letter copy of Erasmus’ Paraphrase of the New Testament. At the top of each buttress is the figure of an Evangelist: the originals were stolen in 1934 and copies made in 1972. The rotating top is mostly 19th century. (31) 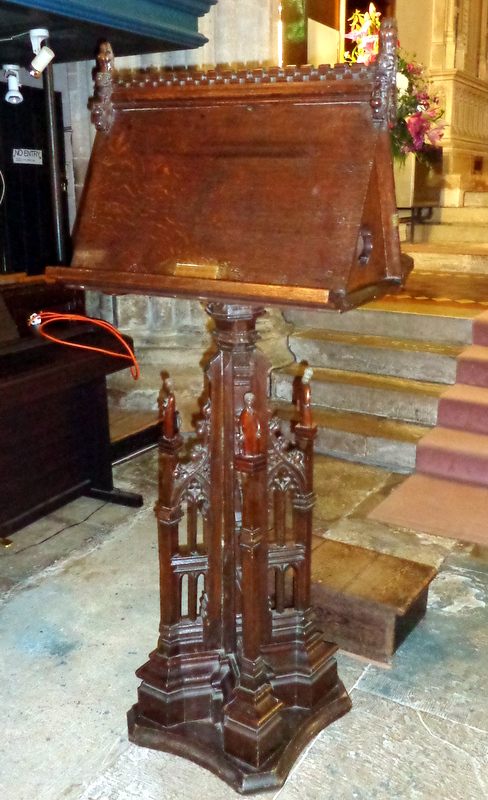