The Abbey Layout according to Dickinson 1967

I have made the dates more visible on this plan, in the original supplied by Dickinson they are not so clear. The dates are approximate and come from the book called ‘A History of Ramsey’ by William Page and Sister Elspeth. I have added the Apse end myself, which is not on Dickinsons plan, this is only an idea of mine after looking, below,  at Thorney and Crowland Abbey plans, which both have Apse ends.  Ely also had an Apse end allowed for, the foundations show that it should have been round, but in fact was made square. This seems to indicate architecturally that this was the style of the day. I may be totally wrong! 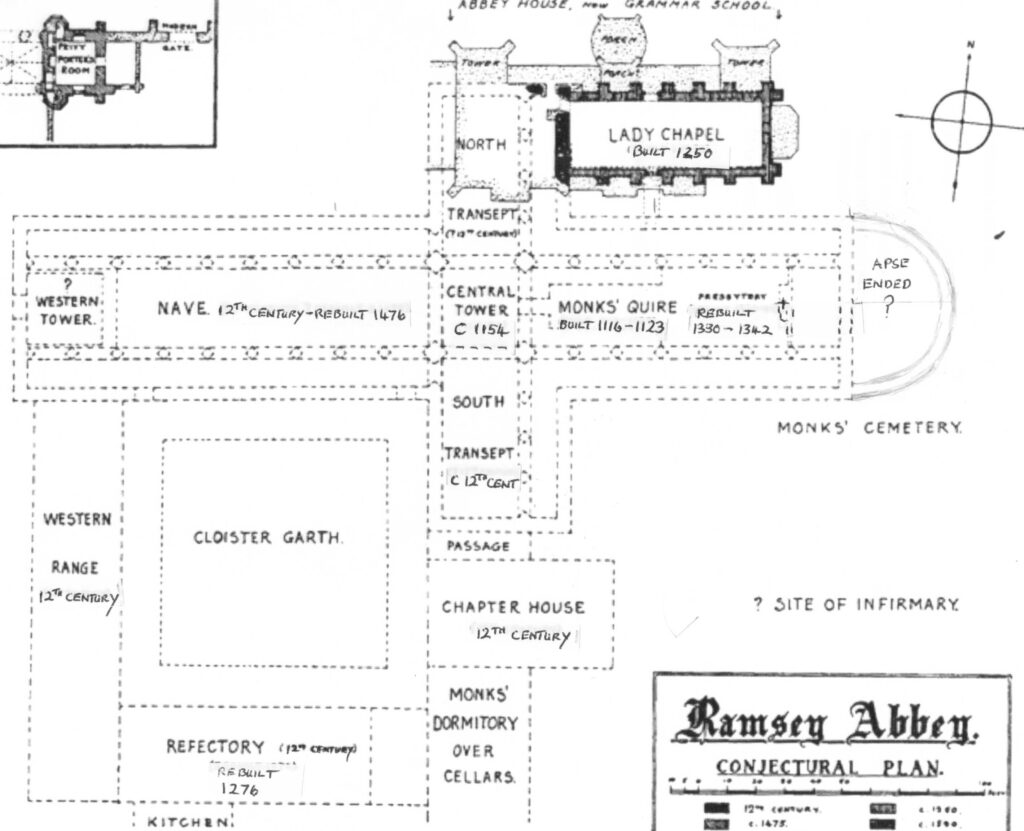 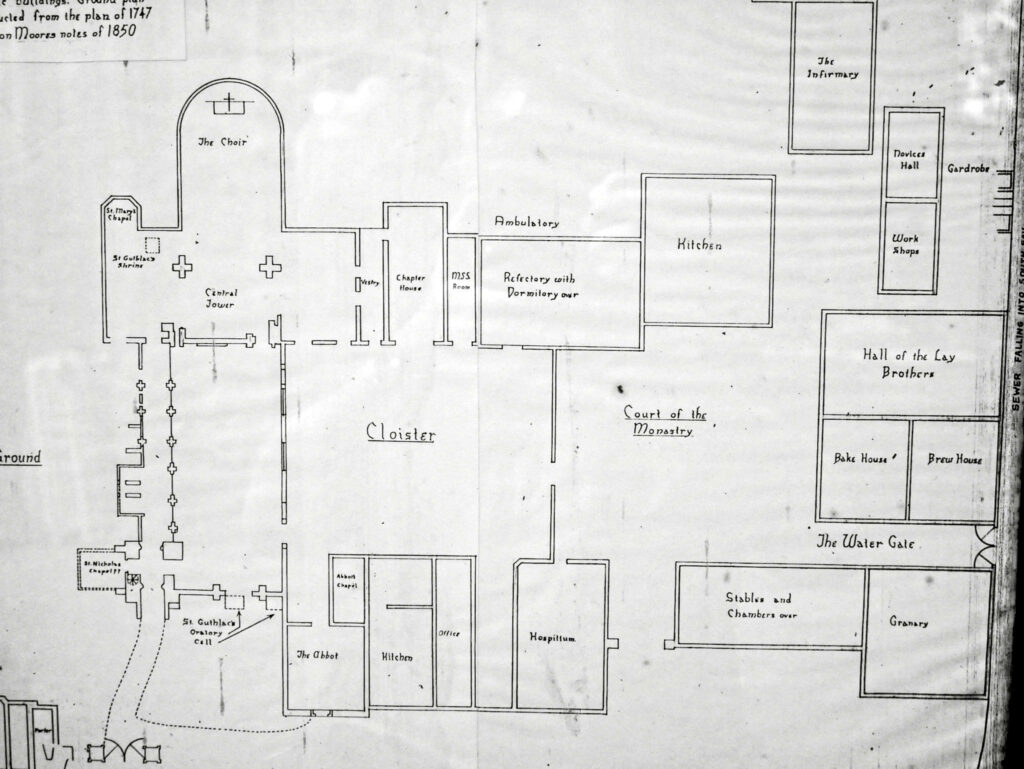 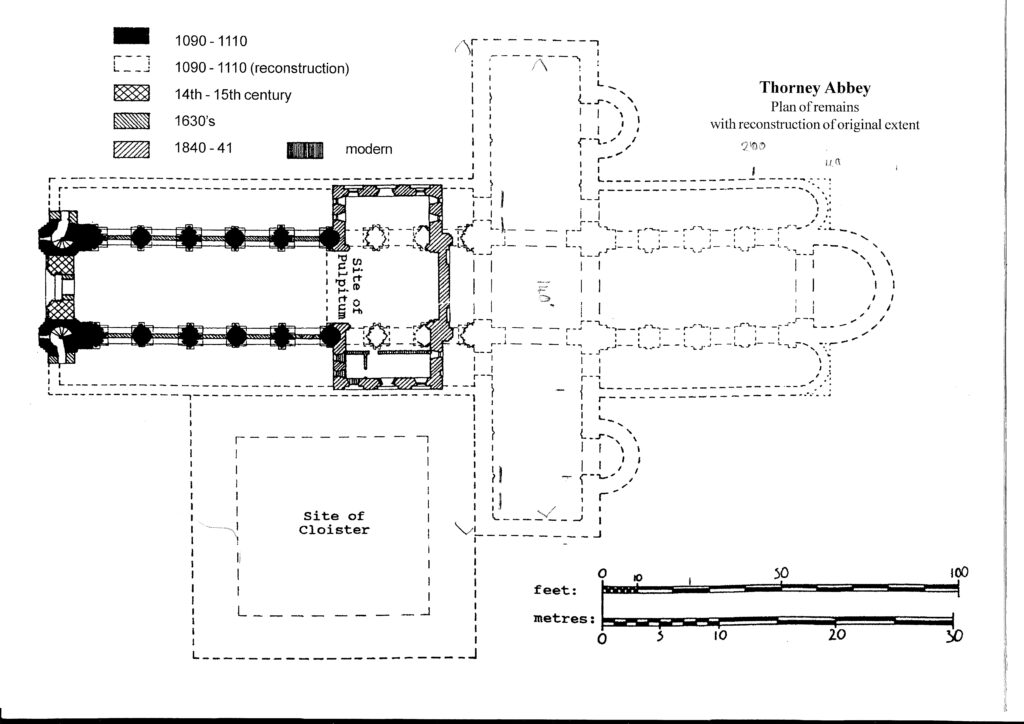